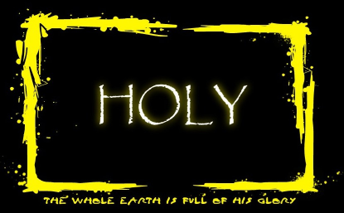 This is a series of short articles on Revelation 4-21.

This vision takes place directly after the well-known messages to the seven congregations (Rev 1-3). John sees a door open in heaven above; sort of like an open invitation (Rev 4:1), and it’s Jesus who invites him up to see something very special. We know Jesus is speaking to John, because John says “the first voice, which I had heard speaking to me like a trumpet, said …” (Rev 4:1). At the beginning of this book, this figure with the trumpet-like voice is Jesus, the Son of Man, glowing with an ethereal holiness (see also Ezek 1:26-28), who John falls down to worship (Rev 1:10-20).

Jesus beckons John to come see “what must take place after this,” (Rev 4:1). John has shown us the glorified and risen Messiah, and the state of seven contemporary churches. Now, he tells us about the future.

John feels himself being taken by the Spirit up to heaven, through this open door, to see the mysteries up above (Rev 4:2; compare Ezek 8:1-4). This is an ecstatic trance; John did not literally fly to heaven. Some dispensationalist commentators claim the “rapture” of the church occurs here, but the text suggests no such thing. Only someone with an agenda could make a dogmatic claim, here.

Someone is on a throne in heaven (Rev 4:2). He sparkles and shines like a precious jewel, and his throne is encompassed with an emerald rainbow (Rev 4:3). This is very similar to what Ezekiel saw, in his own vision of God (Ezek 1:26-28). Surrounding this large throne are 24 smaller ones, perhaps in a circle. Upon each throne sits an “elder,” clad in white, with a golden crown (Rev 4:4).

Rumbling thunder and flashes of lightening come from the central throne, which suggests God produces this awesome sight (compare Ex 19:16-18). His throne is ringed with seven flaming torches. John says these torches are “the seven spirits of God,” but doesn’t explain (Rev 4:5). Before the throne, extending outward for an unknown span, is a clear, smooth surface likened to crystal (Rev 4:6). This naturally gives an impression of purity and “otherness;” any other meaning is (at best) a wild guess.

The lighting, the flaming torches, the emerald rainbow and the sparkling, jeweled appearance of Yahweh would all reflect and rebound off this crystal sea, adding to the otherworldly effect. This scene is where the hymn writer Reginald Heber found inspiration for his famous song, Holy, Holy, Holy! (“Holy, Holy, Holy! All the saints adore Thee; casting down their golden crowns around the glassy sea …”).

The number “seven” is notoriously common in the Bible, and many commentators rush to assign profound meaning when this number appears, especially in prophet literature. For example, Zechariah mentions a mysterious stone with seven eyes or facets, upon which He engraved a cryptic inscription for Joshua the high priest, who prefigured his namesake, the Son of God incarnate (Zech 3:9). In this case, John doesn’t tell what these “seven spirits” are. A good guess would be that the “seven spirits” are representations of the Holy Spirit (compare Zech 4, but that is a notoriously difficult passage).

Four mysterious creatures are stationed around the central throne (Rev 4:6-8), and form the nearest of the two concentric circles of the heavenly host who praise Yahweh night and day. Their appearance (and their speech) are similar to those Isaiah described in His temple vision, as he was commissioned to preach (Isa 6:1-3). They’re also very similar to the strange angelic beings Ezekiel saw in his own visions, although Ezekiel had much more detail.

Too many commentators and too many Christians spend too much time wondering about the strange appearance of these creatures. John and Ezekiel don’t explain the significance of their features, so it’s pointless to guess. We do know they’re divine, angelic beings. That should be enough. It isn’t John or Ezekiel’s point to focus on them; John wants us to focus on who they’re giving worship to. He tells us these angelic hosts sing praises to God on His throne. “[D]ay and night they never cease to say” that Yahweh is holy (Rev 4:8). They also confess that Yahweh is eternal; He has always been, is, and will always be in existence (Rev 4:8). As John goes on to note, God “lives forever and ever,” (Rev 4:9).

As the angelic beings make this confession around the circumference of the throne, the 24 elders do likewise from their own thrones, which are arranged in the second concentric ring, further back. They fall down from their own thrones, remove their golden crowns, and bow before Yahweh in worship. They confess He is worthy “to receive glory, honor and power, for you created all things, and by your will they existed and were created,” (Rev 4:11).

Who are these elders? John doesn’t say, but they are seated on thrones around Yahweh’s throne, and give Him worship forever and ever. They are likely angelic beings, like the stranger ones Ezekiel also saw. Some commentators believe these elders are members of the Church, or Israelites. The text says nothing like this, and doesn’t even suggest. If we want to indulge in idle speculation, we may also suppose Marvin the Martian is present, too! No; these elders are angelic beings who, along with their winged brethren, exist to give glory to God.

What does it mean?

Why does John show us this vision? What does it mean?

Well, it shows us that God is holy. The winged beings praise God for who He is; they praise Him because He’s eternal and because He’s holy. He’s pure, perfect, righteous, just and noble. He is perfection, and epitomizes justice and righteousness – because He defines and gives these attributes shape and form.

The description of God in heaven is deliberately otherworldly; completely at odds with the pagan counterfeits of the time. The one true God is not a “god” of wood, or stone, or marble. He is not a venerated fertility goddess, or a Roman emperor of flesh and blood. He is unique and, as Dr. Henry Jones’ friend Sallah tells us, He “is not of this earth.”

Likewise, the elders confess God is worthy to receive glory, honor and power. What are these things? We’re used to seeing them in this context, but what do they mean? In a way, they’re near synonyms for one another. God is worthy to receive all the acclaim in the world because of who He is and what He’s done. The elders explain; “for you created all things, and by your will they existed and were created,” (Rev 4:11). The only reason you exist is because God made you; your parents were only the intermediaries! This world, this galaxy, the solar system – the whole host of heavens and earth are God’s handiwork.

If that’s the case (and it is!), then the visions that follow are a comfort for John’s audience. The God who made the sun, the moon and the stars can handle the Roman Empire, just like the Assyrians, Babylonians, Greeks and the Seleucids before it. From our perspective in 2018, He certainly kept His promise, and He’ll continue to keep it! Jesus is the Savior who has already overcome the world (Jn 16:33).

And, we shouldn’t forget the implications for this scene (and the ones which follow) in light of the terrible judgments which are about to be unleashed on a evil, wicked and rebellious world. God is just. God is holy. The angelic host say so! This means God is justified when He brings divine judgment upon a world that hates and rejects His Son’s Good News. He loved the world so much that He gave His one and only Son, so that the one who believes in Him shall not perish, but have eternal life (Jn 3:16). But, for the one who rejects this offer, the wrath of God abides on Him (Jn 3:36).

The angelic host also remind us that worship is not merely a cerebral, academic exercise. The strange creatures sing continuously, and the 24 elders prostrate themselves and cast their crowns on the ground in a show of honest humility. God makes us all different, and different people show their emotions indifferent ways. I’m a cerebral guy, and show little outward emotion. When I preach, you can tell I’m excited if I begin pacing a foot or two from the pulpit! The point is that we’re different, and it certainly isn’t a sin to worship the Lord in a way that expresses outward joy and exuberance, provided it’s reverent.

Of course, this brief glimpse of heaven is just the opening act. John continues his adventures in the next chapters, and we’ll follow right along with him … next time!