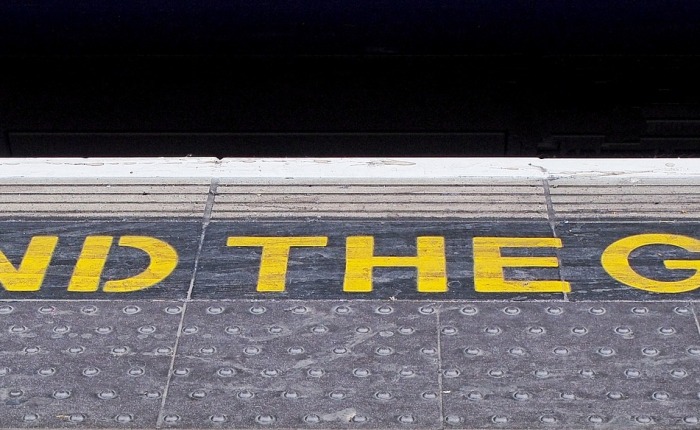 Here, in those few pages of interviews, you have the ethical divide that splits conservative Christians. I suppose this is all really about the Church and the Christian’s responsibilities towards society. Basically, what you think about the Kingdom of God matters. I recommend the following resources for those who are interested in the Church, the Christian, and social engagement. Read in order, according to the amount of time you have available to invest:

But, back to the point. The divide is real. So real that French and Grudem seem to inhabit different planets.

To many evangelicals, Grudem needs little introduction. He’s the author of the best-selling text Systematic Theology. Here’s his bio the seminary where he teaches:

Dr. Grudem became Research Professor of Theology and Biblical Studies at Phoenix Seminary in 2001 after teaching at Trinity Evangelical Divinity School for 20 years. He was named Distinguished Research Professor in 2018. He has served as the President of the Council on Biblical Manhood and Womanhood, as President of the Evangelical Theological Society (1999), and as a member of the Translation Oversight Committee for the English Standard Version of the Bible. He also served as the General Editor for the ESV Study Bible (Crossway Bibles, 2008).

Grudem is a well-known supporter of President Trump. Several years ago, Christian historian John Fea coined the phrase “court evangelical” to describe conservative Christians who seem to desperately yearn for access to the President, like so many little children lusting after candies:

The politics of fear inevitably results in a quest for power. Political influence, many evangelicals believe, is the only way to restore the nation to the moral character of its founding. How much time and money has been spent seeking political power when such resources might have been invested more effectively in pursuing a course of faithful presence!

Clergymen and religious leaders have, at least since Billy Graham, regularly visited the White House to advise the president. Like the members of the kings’ courts during the late Middle Ages and the Renaissance, who sought influence and worldly approval by flattering the monarch rather than prophetically speaking truth to power, Trump’s court evangelicals boast about their “unprecedented access” to the White House and exalt the president for his faith-friendly policies.

By some people’s reckoning (like Fea’s), Grudem is a court evangelical. In his interview, he sounds less like the respected Christian theologian he is, and more like a GOP policy wonk from Fox News. Here are some excerpts:

The political left certainly has a lot to answer for, but what about the responsibility of Christian leaders? When Barack Obama made untruthful claims, he received a lot of criticism; but have we seen similar criticism regarding President Trump? I’ve publicly criticized his previous marital infidelity and his vindictiveness at times, and his brash, confrontational behavior at times. I looked at The Washington Post’s list of what it calls 16,000-some “lies” Trump has spoken and examined 20 or 30 of them. They’re what I’d call conclusions drawn by a hostile interpreter of words that a sympathetic listener would understand in a positive way. President Trump is often not careful in some of the things he says. He is given to exaggeration. Sometimes he’s made a statement after being given inaccurate information. I’m not sure he’s ever intentionally affirmed something he knows to be false, which is how I define a lie. As you know, I have written an ethics textbook. I believe it’s never right to affirm X when you believe X is false. If someone wants to point out to me some actual Trump lies that fit that definition, I’d be happy to look at them.

Will America in 2024 be in better or worse shape if Biden is elected, or if Trump is reelected? The Trump presidency has resulted in a stronger economy, stronger national defense, positive steps toward achieving border security, standing up to China and Russia, negotiating new trade agreements, advocating educational freedom, standing with Israel, strengthening our military, and reforming our judicial system. Those are all what seem to me to be evidence of God’s blessing on the nation with President Trump. If he wins again, I expect there will be more blessing on our nation. If Biden is elected, he’ll support abortion, cripple the economy, weaken our military, largely abandon Israel, select more judges who legislate from the bench, weaken religious freedom. We’ll have more crime, a complete federal takeover of our healthcare system, and much more that looks like the withdrawal of God’s blessing.

Perhaps the strangest thing Grudem suggested (underlined, above) was that President Trump has never lied in his life. That is … an odd thing to say!

French is a well-known Christian commentator:

David French is senior editor of The Dispatch, a conservative website, and a member of Christ Community Church in Franklin, Tenn. He served in the Iraq War, was a senior counsel at the Alliance Defending Freedom, and was a staff writer for National Review from 2015 to 2019.

However, if Grudem seems to be speaking more like a GOP strategist than a Christian theologian, David French seems to have no goal other than to not vote for President Trump. His basic point is the Church has consistently failed to change public policy on critical issues by supporting GOP Presidents, and it will fail here, too:

Has he helped or hurt regarding our racial division? The extraordinary racial division in the United States is not just dealt with by policy. That is dealt with through character, personality, leadership, and charisma. The core of former Secretary of Defense James Mattis’ critique is that Trump by pattern and practice intentionally tries to divide the United States of America. I think that critique is right. A president of good character doesn’t try intentionally to divide the United States of America. All of this stuff is super basic. You ask Christians about this in 2015, and they say, “Of course.” But Christians have joined with Trump and look for a rationalization.

French continues in the same vein, but in response to a different question:

Does this president’s control over policy trump his own incompetence and poor character? The plight of the country now says that’s not just wrong, but laughably and tragically wrong. There is nothing MAGA about where we are now. There is an enormous amount of heartbreak, misery, death, division. That Donald Trump had a better platform than Hillary Clinton did not spare us from any of that. His character made it all worse.

Read both Wayne Grudem and David French’s interviews. It’s likely you have friends and family who exactly mirror both Grudem and French. The men inhabit different worlds. You can’t be more apart on issues. Yet, they’re both conservative Christians.

What to do in November?

I know that the Kingdom of God isn’t here, yet. It’s coming, though. The Church’s mission is to preach the Gospel, equip God’s people for faithful life and death in His service, and reach out so more people will join the family of God. The Kingdom won’t come until Christ rolls up this ruined world, throws it into the trash, and makes a new and better place for His chosen people. Then, we’ll have justice and righteousness.

Until then, Christians must speak and vote for policies that are closest to God’s. In other words, Christians must go in for kingdom values now, while we wait for that kingdom to come. Read Michael Svigel’s article.

In church this morning, I happened on James 1:18. No, I wasn’t day-dreaming. The Pastor was actually preaching James 1:12-18! I read from my English translation:

I immediately latched onto the rendering “sovereign plan.” I suspected this was a bit of an interpretative gloss, so I reached for my tablet to look at what the Greek text had to say. Unfortunately, I had forgotten to charge the battery, and I had no sooner found the text than the whole thing died. Drat. I plan to ditch the tablet and bring my hardbound UBS-5 to church from now on.

But, that doesn’t matter and you don’t care anyway. What does matter is what on earth James 1:18 is saying, and what that ought to mean for your life, if you’re a Christian. Because I’m an incurable nerd, I came home and translated the verse straightaway. It’s interesting, to say the least.

Here is my pitiful translation, and below are some thoughts I had on this verse: