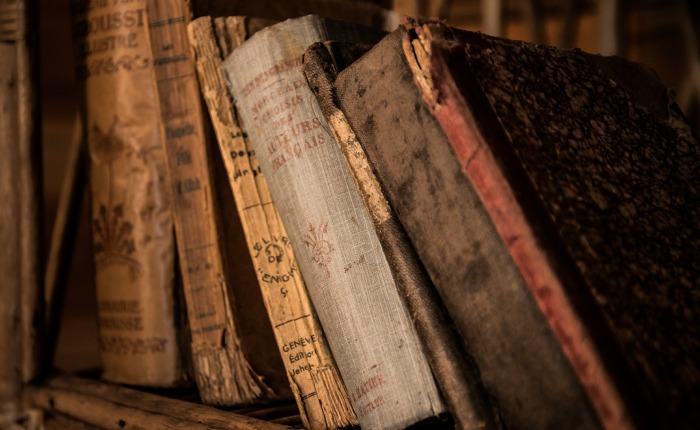 Here is my translation of Acts 2:36-47. I’m doing a preaching series through the Book of Acts, and I try to translate the passages as I go. Sometimes that isn’t possible! But, for what it’s worth, here is my rendering of Acts 2:36-47, with some technical notes. I don’t claim to be a Greek ninja, but this is a representative effort from me …

Therefore, let the whole house of Israel know without a doubt that God has declared[1] Him to be both Lord and Messiah―this Jesus whom you all crucified. Now,[2] when they heard this[3] they were cut right to the heart[4] and said to Peter and to the other apostles, “Men! Brothers! What should we do!?”

And Peter said to them, “Change your ways and your heart―each of you!― and be immersed in the name[5] of Jesus Christ[6] in order to have[7] forgiveness of sins. Then you will receive the gift of the Holy Spirit, because this promise is for you,[8] and for your children, and for those who are far away―as many as the Lord our God calls to Himself.”

And with many other words he urged and pleaded with them, saying, “Save yourselves from this wicked[9] age!” So, then, those who believed and trusted his message were immersed in water. And about 3,000 souls were added [to God’s family] in those days.

They regularly gave[10] themselves[11] to the apostles’[12] teaching and to the community[13]―the breaking of bread[14] and prayer. Fear was coming upon every soul, because[15] many wonders and signs kept being done[16] by[17] the apostles.

All the believers were together,[18] and shared everything they had. They were selling their property and possessions and distributing it all to anyone who had need.[19]

Every day, by mutual agreement, they were meeting at the temple, breaking bread in their various homes[20] and sharing food together with joy and heartfelt sincerity. They praised God and had favor[21] with all the people. And each day the Lord was adding to the congregation[22] those who were being rescued.

Here are some of my friends who helped me with the translation:

[1] I can’t agree that ἐποίησεν here implies God “making” something (e.g. Louw-Nida, 42.29). The sense seems to be that God appointed Jesus to be both Lord and Christ (Louw-Nida, 37.106). The tense-form has a culminative flavor, where Christ’s ascension is the declarative event wherein Jesus assumes His throne (cf. Acts 13:32-33 and the preceding context). It could also be a gnomic aorist, in which case Peter would be emphasizing that Jesus has always been both Lord and Christ.

[2] The conjunction signifies a transition.

[4] τὴν καρδίαν is an adverbial accusative of reference.

[5] The preposition expresses reference; they must each be baptized with reference to Jesus’ name.

[6] Ἰησοῦ Χριστοῦ is a subjective genitive, but I kept this construction (rather than “Jesus Christ’s name”) because it just sounds … weird … to have it any other way.

It likely isn’t causal (“because of”), because this use of the preposition is debated. Richard Young (Intermediate Grammar, p. 93) and Dan Wallace (GGBB, pp. 369-371) caution against adopting its usage here. Dana and Mantey argue forcefully for the causal approach (Manual Grammar, pp. 103-104), but Young and Wallace specifically mention Mantey and state he is incorrect. Moulton and Turner (Grammar: Syntax, p. 266) also argue for causal. Even A.T. Robertson warns against hastily imputing a causal flavor to the preposition at Acts 2:38 (Grammar, p. 595). I greatly fear to tread where Young, Wallace and Robertson bid me not to go! I must take a rabbit-trail and point out that Eckhard Schnabel bizarrely claims Wallace is in favor of the causal construction (Acts, in ZECNT, p. 165, n. 22). This is insanity. Schnabel’s research assistant must have been sleep-deprived. Wallace was against it.

One could argue it expresses reference; that is, they must repent and be baptized concerning the forgiveness of sins. This is odd; it would work with baptism but not with forgiveness. You would have to sever repentance and baptism, and make the “with reference to forgiveness of sins” be strictly about the baptism. You could justify this because the baptism is singular, whereas the demand for repentance is plural. I suppose you could make all this work, but it’s an awful lot of tap-dancing.

It’s simpler to see the preposition express purpose. Repentance + baptism is a unified act―action and symbol. Peter is not saying baptism is an instrument of salvation; he just couples the visible symbol of salvation with the act of repentance (GGBB, pp. 370-371). “Acts 2:38 is saying very little about the specific theological relationship between the symbol and the reality, only that historically they were viewed together. One must look in other places for a theological analysis,” (NET Bible Full Notes Edition, p. 2075, n. Y). See also BDAG, s.v. εἰς, p. 290 4.f.

[8] A dative of benefaction.

[9] The literal meaning is “crooked,” and this figurative extension of the concept yields something like “wicked” or corrupt.”

[10] Ἦσαν is an iterative imperfect.

[11] προσκαρτεροῦντες is a periphrastic present participle, and the subjects are the 3000 who just became believers. The word means to “attend constantly” (Abbott-Smith, p. 385), to “continue in, persevere in” something (BDAG, p. 811, §2b). Mounce says it means “to persist in adherence to a thing” (Expository Dictionary, p. 1258). The two datives are objects of the participle.

[12] τῶν ἀποστόλων is a subjective genitive.

[13] We often think of “fellowship” as eating together. The real idea is much broader. Mounce declares it means, in this context, a “mutual interest and sharing of members in the community of faith,” (Expository Dictionary, p. 247). BDAG says much the same thing (p. 552, §1). Louw-Nida adds a very good twist when it says “an association involving close mutual relations and involvement,” (34.5; emphasis added).

So, I went with “community” as my translation. I think it’s best to emphasize the “involved” aspect of real community in the exposition, rather than the translation. The sense here is the “oneness” of the group, based on their shared brotherhood based on faith in Christ. Henry Alford also prefers the rendering “community” in his translation and commentary (The New Testament for English Readers, Acts 2:42).

[14] An objective genitive. This last bit is epexegetical to further define “fellowship,” chiefly because there is no coordinating conjunction. There is dispute over whether this is simply a shared fellowship meal, or the Lord’s Supper. As A.T. Robertson puts it, “Perhaps there is no way to settle the point conclusively here,” (Word Pictures, Acts 2:42).

[15] ἐγίνετο could be a descriptive imperfect which, in A.T. Robertson’s words, presents “a sort of divine panorama, a ‘moving-picture show,’” (Grammar, p. 883). But, it may well be iterative in the sense of “fear kept on coming upon every soul because signs and wonder kept being done,” (Robertson, Word Pictures, Acts 2:43). It’s a cycle. I split the difference by keeping the first verb descriptive, making the conjunction καὶ explanatory, and rendering the second ἐγίνετο as iterative.

[18] The pronoun is reflexive, and the preposition expression space or association.

[19] This was likely an ad hoc response to a situation in Jerusalem. A.T. Robbsertsson remarks, “It was not actual communism, but they held all their property ready for use for the common good as it was needed (4:32). This situation appears nowhere else except in Jerusalem and was evidently due to special conditions there which did not survive permanently. Later Paul will take a special collection for the poor saints in Jerusalem,” (Word Pictures, Acts 2:44).

[20] I believe this refers to fellowship meals, not the Lord’s Supper. I also take the preposition in κατʼ οἶκον to be distributive of space (Bock [Acts, in BECNT, KL 4177],and Barrett [Acts, in ICC, p. 170) rather than an idiom suggesting they held circuit meals of some sort.

[22] The personal pronoun is functioning as a switch-reference device, referring back to the company of believers Luke mentioned at 2:44. The “believers” there were plural, but now Luke refers to them as a singular group, to which new folks are being added.