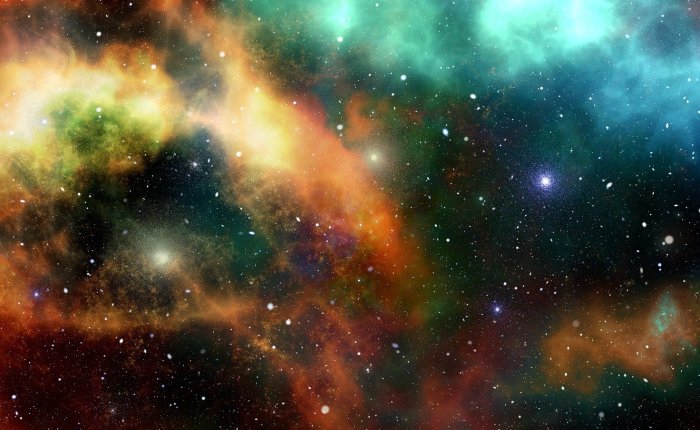 I first encountered T. Desmond Alexander at seminary, years ago, via his tome From Paradise to the Promised Land. It was then I first encountered the theory of “Eden as cosmic temple.” His work From Eden to the New Jerusalem features that same theme. It’s a theme that seems to fill Alexander with starry-eyed wonder.

His aim is to set the whole biblical story into a framework; a story people can understand and “see.”[1] Alexander suggests a helpful framework for seeing Genesis 1-2 and Revelation 21-22 as bookends on the same story. Just as God originally dwelt on earth among men,[2] so the end of the story has God returning to a new and perfect creation to dwell with man once again![3] I had never considered this parallel of “God with us” before. Rather, I had always focused on the old creation/new creation motif.

However, while he makes a promising start, Alexander is less helpful with the details of this framework. Like biblical theologians sometimes do, he falls prey to the siren song of parallel-o-mania and makes incorrect conclusions predicated on illusory evidence. One representative example is his insistence that Adam was a priest in God’s original temple sanctuary.

Adam as a temple priest?

To paraphrase Sen. Diane Feinstein, the documentary hypothesis lives loudly within Alexander.[4] He relies on the work of authors who suggest parallels between the building of the temple and the six days of creation. He believes Genesis 1-2 “reflects matters of priestly interest.”[5] Likewise, Alexander refers the reader to monographs which purport to show parallels between Genesis 1 and dietary regulations in Leviticus and Deuteronomy.[6]

Thus, Alexander sees “a strong basis for believing that the Garden of Eden was envisaged as part of a divine sanctuary.”[7] This assumption is predicated on the idea that Genesis 1-2 was compiled by a later editor in the exilic period and crafted to reflect priestly concerns.[8] But for whom, pray tell, was Adam mediating before sin entered the world? Not to worry, Alexander assures us. “Since no one had yet sinned, there was no need for atonement sacrifices.”[9] It is fair to say this is an inadequate rejoinder!

The Fall, Alexander declares, was when the first couple “fail[ed] to fulfil one of the main priestly responsibilities placed upon them.”[10] What is the basis for this intriguing claim? Well …[11]

This is not how language works. You cannot play “gotcha” by drawing a parallel between verb usage without considering context.[13] How about context? Their job was to exercise dominion over creation (Gen 1:26-30). The text says nothing about a priestly role. Yet, to Alexander, dominion (he prefers “viceroy”) is almost an afterthought.[14] The cosmic temple paradigm drives his interpretation.

Indeed, this cosmic temple motif is the prism for understanding Alexander’s project. Everything is related to God wanting a cosmic temple. Eden was a cosmic temple; a “divine sanctuary.”[15] The patriarchs created makeshift, mobile temples when they offered sacrifices.[16] The “arboreal” features in Solomon’s temple hearken back to that original, long-lost “temple” in Eden.[17] Even the colors of fabric in the temple represent the cosmos; they are a model of the cosmic temple to come.[18] On this last point, Alexander meekly admits “the case for this is not beyond dispute …”[19]

Thus, “the fulfilment of God’s creation project requires the existence of priest-kings who will extend God’s temple-city throughout the earth.”[20] Of course, Christ is the ultimate priest-king, and Alexander ably explains this motif in later chapters.

And yet, the Pentateuch:

Pastors model bible study by the way they preach. Bible scholars do the same by what they write. With his “cosmic temple + Adam as a priest” motif, Alexander personifies the worst stereotypes about biblical theology, models irresponsible use of the text, and pushes an implicitly allegorical hermeneutic. His book is not recommended.

[1] “… the concluding chapters of Revelation offer a window through which the main themes of the biblical meta-story may be studied,” (T. Desmond Alexander, From Eden to the New Jerusalem [Grand Rapids: Kregel, 2008], p. 7).

[2] “The opening chapters of Genesis assume that the earth will be God’s dwelling place. This expectation, however, is swiftly shattered when Adam and Eve disobey God and are expelled from his presence. While people continue to live on the earth, God’s presence is associated with heaven. From there he occasionally descends to meet with selected individuals, although these encounters are always relatively brief and sometimes unexpected,” (Ibid, p. 15).

[3] “As the book of Revelation reveals, there is yet to come a time when all that is evil will finally be removed from the present earth. At that stage, when God makes all things new, his presence and glory will fill a rejuvenated earth,” (Ibid, pp. 18-19).

[4] Alexander has an extensive analysis of Pentateuchal criticism in general in From Paradise to the Promised Land, 3rd ed. (Grand Rapids: Baker, 2012), pp. 1-112. He declares “… it seems best to conclude that the Pentateuch as a literary whole … eventually took shape in the exilic period. Though the traditions contained within the Pentateuch clearly existed before this time and were obviously viewed both as ancient and authoritative by the final editor of the Pentateuch, it is exceptionally difficult to demonstrate that the Pentateuch itself existed in its entirety as a literary unit before the sixth century B.C.” (Promised Land, p. 109).

[5] “Weinfeld suggests that the special interest shown in Genesis 1:14 for feast days, weeks and years, and in Genesis 2:1–3 for the Sabbath, reflects matters of priestly interest,” (Ibid, p. 24).

[6] “Blenkinsopp, picking up on the anthropological studies of Mary Douglas, sees a connection between the division of the cosmos into sky, earth and seas in Genesis 1 and the categorization of animals, birds and fish as clean or unclean in the ‘priestly’ dietary regulations of Leviticus 11:1–47 and Deuteronomy 14:3–21.27,” (Ibid).

[13] It is probable that Alexander’s context is that (as I mentioned earlier) the Pentateuch is an edited document compiled during the exile and deliberately fashioned to reflect the priestly concerns of the so-called “J strand” of material.

[14] “In Genesis 1 – 2 Adam and Eve are endowed with a holy or priestly status that enables them to serve in the temple-garden and have direct access to God. In addition, the human couple are appointed as God’s viceroys to govern the earth on his behalf,” (Ibid, p. 76). Emphasis mine.

[16] “While the various sacrificial sites mentioned in Genesis 12 – 50 are not viewed as permanent sanctuaries, they clearly foreshadow the tabernacle and temple,” (Ibid, p. 32).

[17] “Since the garden is a place where divinity and humanity enjoy each other’s presence, it is appropriate that it should be a prototype for later Israelite sanctuaries. This explains why many of the decorative features of the tabernacle and temple are arboreal in nature,” (Ibid, p. 25).

[18] “… this is conveyed through the use of fabrics that are blue, purple and scarlet in colour, representing the ‘variegated colors of the sky,’” (Ibid, pp. 38-39).