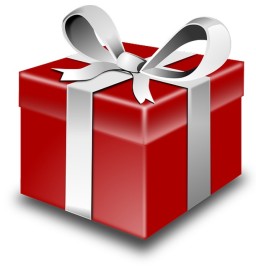 If you’re a Christian, you have certain beliefs about certain Christian doctrines. These beliefs have been shaped by your congregation, your denomination, your pastor(s), and your own personal bible reading and study. If asked, you’ll probably be able to sum up your understanding of these various doctrines with a statement or two.

In other words, you have a systematic understanding of particular Christian doctrines. This understanding is based on a whole host of bible passages. When you explain your summary of a doctrine, you’re synthesizing and summarizing everything you know into a comprehensive statement.

The danger, of course, is that “systematic theology” is a summary. It cannot take into account every caveat, every anomaly and every exception. It’s a view of the forest from the helicopter, not the jeep.

Matthew Bates is a scholar with an interesting background. He came from a fundamentalist, Baptist, King James Only background and eventually earned a PhD in New Testament from Notre Dame (a Roman Catholic institution). He now teaches at Quincy University, a Catholic liberal arts college. He recently wrote a provocative book entitled Salvation by Allegiance Alone. His aim, he confessed, was ambitious:

In this book I want to demonstrate that our contemporary Christian culture often comes prepackaged with functional ideas and operative definitions of belief, faith, works, salvation, heaven, and the gospel that in various ways truncate and distort the full message of the good news about Jesus the Messiah that is proclaimed in the Bible.[1]

Let me give you a hint – it’s always frightening when a scholar writes about how he wants to nuance our understanding of salvation. I’m also aware some “normal” people from my church read my pitiful blog (hello, silly you!😊), and it may be “dangerous” to “expose” people to Bates’ musings.

We can either live in old, sealed Tupperware containers our entire Christian lives, or we can talk about “justification” and the meaning of “faith.” I vote to choose the latter, and donate the former to Goodwill . . .

On the dangers of systemization

I suppose it really isn’t dangerous to systematize theology, but it can be misleading. Summarizing things sometimes leaves them flat, sterile, and robs them of some nuances they otherwise had. In his book, Bates proposes our understanding of salvation is often too pre-packaged, too neat, and far more tidy than the Bible actually presents it. Read for yourself:[2]

Although undeniably systematizing the true order of salvation is a worthy goal, biblical scholars, myself included, generally remain wary of such systems. For even when such systems employ biblical terms as conceptual categories or organizational rubrics, they tend to foist alien concerns onto the biblical text rather than allowing the biblical narrative to supply the framework, and this leads to skewed emphases.

For instance, a common category in the order is “election.” This is a biblical term (eklektos and cognates), and it is indeed sometimes used in the Greek Old Testament and the New Testament to emphasize God’s sovereignty in choosing specific individuals and groups for various purposes. But as it is mobilized by systematicians, the tendency is to treat it as a special “salvation” category pertaining to God’s eternal (or slightly later) decree to save or damn certain individuals, when in fact the word means merely “choosing” and frequently doesn’t have eternal salvation or condemnation in view at all, especially not with regard to the individual.

My intention is not to suggest that systematics is unnecessary or unhelpful in clarifying Scripture through philosophical inquiry; my point is rather that the biblical story has not always been correctly aimed for systematic inquiry.

I get this, and agree with it. Summarizing things flattens them and makes them seem much neater than they really are. For example:

So, would it be better to understand election to salvation as corporate, not individual? Of course, corporate groups are made up of individuals – no kidding! But, does the Bible present election as an individual or corporate concept? Were the Biblical authors concerned with the neat systematic categories we use today? Bates suggests they weren’t. This is something to think about.

To illustrate the problem, consider the definition of election given by noted systematician Louis Berkhof: ‘that eternal act of God whereby He, in His sovereign good pleasure, and on account of no foreseen merit in them, chooses a certain number of men to be the recipients of special grace and of eternal salvation.’

This definition is surely constructed in conversation with the biblical data, but it is certainly not a definition that any first-century follower of Jesus could or would have supplied. When election is reified as a distinct theological category in such a manner, it is then made to fit into an overarching scheme of additional reified categories that are likewise slightly artificial (calling, regeneration, justification, sanctification, glorification).

In this manner a whole system is created that is considerably distant from any system that a first-century follower of Jesus could have held. This is a problem because the thought structures native to our biblical texts should inform subsequent systematization in a more holistic way.

Systematicians seek to harmonize Peter and Paul, and dispensationalists often downplay Peter’s simple eschatology in favor of Paul’s elaborate scheme. Perhaps it’s the other way around? Was Jesus really a dispensationalist? In some areas the system seems too packaged, too neat, and far too complicated to accept wholeheartedly.

Bates went on, and wrote about the temptation to force texts to fit pre-packaged theological systems:[4]

Moreover, since salvation has been discussed in the church throughout its lengthy history, certain systematic ways of analyzing “order of salvation” and accompanying schools of thought have come to dominate the conversational landscape.

These systems are often put forward not only as competitors but as the only possible options— as if one must choose between the Catholic, Reformed (Calvinist), Arminian, Barthian, or existential system wholesale, and one cannot select parts of one and parts of another. This lock-stock-and-barrel approach is flawed, however, for it is doubtful that the scriptural evidence conforms to any of these systems entirely.

Christians should always question the assumptions they’ve been handed. Don’t blindly accept a packaged theological grid you’ve been given. Take it, read your Bible, and test it.

Systemization isn’t bad. In fact, if we really believe the Bible is “a perfect treasure of heavenly instruction; that it has God for its author, salvation for its end,” then we should expect these books to agree with one another.[5]

So, here is your takeaway:

Learning about God is exciting stuff. It never ends. Bates says we’ve accepted a pre-packed way to understand salvation that is at odds with the Bible. Is he right? Probably not. But, it’s worth thinking about.

[5] Millard Erickson wrote, “Rather than having simply the theology of Paul, Luke or John on a particular doctrine, we must attempt to coalesce their various emphases into a coherent whole . . . The whole Bible must be taken into account when we interpret Scripture. The Old Testament and New Testament are to be approached with the expectation that a unity between the two exists,” (Christian Theology, 2nd ed. [Grand Rapids, MI: Baker, 1998], 73).