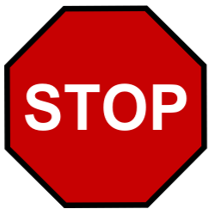 It’s common in conservative Christian congregations to hear a lot of talk about how we ought to help the poor, the downtrodden, the homeless and the disadvantaged. These are all worthy goals, as long as we always keep one thing in mind:

Christian social activism is a means to Jesus’ Good News, not the Good News itself.

This is not a subtle distinction; it’s vital. Consider this:

Social programs are vehicles for the Gospel. They aren’t the Gospel. They’re the practical outworking of a desire to bring the Good News of perfect forgiveness, redemption, reconciliation and adoption into God’s family and coming kingdom to this present evil age.

I’m not sure all Christians really understand this distinction. Many times, they appeal to the Scriptures to support their social programs. Unfortunately, I believe they interpret some of these passages incorrectly. I believe most of this is due to a wrong-headed understanding of Christ’s Kingdom, and (in some quarters) a startling ignorance of the context of the various prophetic passages which speak of the peace, justice, righteousness and “social justice” which will characterize Christ’s reign here on earth.

But, all that is a story for another time – to the passage!

John the Baptist came on the scene to prepare the Israelite people to receive their Messiah. The Gospel of Luke tells us “he went into all the region about the Jordan, preaching a baptism of repentance for the forgiveness of sins. As it is written in the book of the words of Isaiah the prophet …” (Lk 3:3-4).

Luke went on to quote a passage from Isaiah 40:3-5, which explains that a special messenger will prepare the way for Yahweh to return. Once He does return, Yahweh will lead His people from captivity back to the Promised Land (Isa 40:6-11). That messenger was John the Baptist, who the prophet Malachi told us Yahweh would send before the terrible day of judgment (Mal 4).

So far, so good. John is the fulfillment. He’s the guy Isaiah and Malachi promised would come. And, this is exactly how the Gospel of Mark starts out, too.

John was preaching to old covenant members, not strangers

Here is what you have to keep in mind, and it’s something many Christians seem to forget all about – John came to preach to Old Covenant Israelites.

Why should you care about this? Well, the Old Covenant wasn’t only composed of believers – it was a mixed covenant:

If an Israelite boy was born to proud parents in Capernaum, then he’d be circumcised as an external sign that he’s a member of, and heir to, the Old Covenant promises. Then, he’ll (hopefully) be brought up to know, trust, love and believe in Yahweh for salvation. His parents will teach him about Yahweh’s grace, love, mercy and kindness (cf. Deut 6:20-25). Hopefully, this boy will grow into a young man who loves Yahweh with all his heart, soul and might (Deut 6:5).

Here’s the problem – not every little boy and girl grew up to know, love, trust and believe in Yahweh for salvation. Some did; some didn’t. Those who didn’t either left the Israelite community entirely, or perhaps “played along” by following the rituals, ceremonies and observing the prescribed festivals in a rote, mindless and empty fashion.

The Old Covenant was a mixed multitude. The New Covenant is not.

You have to understand that John the Baptist was preaching to Old Covenant members, and he was calling them to be faithful to the Old Covenant law, to prepare their hearts, minds and souls to receive the Messiah – whose ministry was just about to begin.

Why should you care?

Because John wasn’t preaching to homeless strangers on freeway off-ramps, or to inner-city families who didn’t have enough money to make ends meet. He was preaching to fellow covenant members. This means, if you want to import this text (and John’s commands for right behavior) into today’s New Covenant context, then the only direct parallel is to believers. This doesn’t mean Christians shouldn’t care about the poor or the homeless; it just means they shouldn’t use these texts to justify social programs. The context won’t allow it.

John preaches to the people

Here is his opening salvo:

He said therefore to the multitudes that came out to be baptized by him,

“You brood of vipers! Who warned you to flee from the wrath to come? Bear fruits that befit repentance, and do not begin to say to yourselves, ‘We have Abraham as our father’; for I tell you, God is able from these stones to raise up children to Abraham. Even now the axe is laid to the root of the trees; every tree therefore that does not bear good fruit is cut down and thrown into the fire,” (Lk 3:7-9).

This is fairly simple, but profound. The Gospel of Mark tells us that “there went out to him all the country of Judea, and all the people of Jerusalem,” (Mk 1:5). This was some crowd!

John began by insulting them, striking right at the heart of the legalistic approach to the law so many of them had. He called them a group of snakes. He told them they had to prove their repentance; an outward, pious “show” wouldn’t do it. They couldn’t count on their Israelite blood, because that had never guaranteed anything. Remember the chart, above – at best being born an Israelite (i.e. Tier #1) meant you’d hear about Yahweh and His mercy and grace, so hopefully you’d become a believer (i.e. Tier #2).

So, the natural question is – what should these folks do, then? What kind of fruit is John looking for?

The most basic expression of real love for God (Deut 6:5) is to love your fellow covenant member just as much as you love yourself (compare Mk 12:28-34). What does this look like, then, at a practical level? Well, it could look like a lot of things, but one good example is to provide clothing and food to folks who don’t have any.

On to the next group:

Soldiers also asked him, “And we, what shall we do?” And he said to them, “Rob no one by violence or by false accusation, and be content with your wages,” (Lk 3:14).

The answer is pretty simple – he’s looking for them to actually obey and follow the Old Covenant law out of a pure heart. He’s telling them to put the law into practice in their own contexts, in everyday life, starting right now.

Basically, that means loving your neighbor as yourself (see Mk 12:31; Lev 19:18, 34). And, remember, the context of this Old Covenant command was for Israelites and foreign Gentiles who had, in some form or fashion, joined the Old Covenant community. These commands have always been for Covenant people, and also for those on the way to likely becoming part of this community.

John’s preaching is right in line with the Old Testament prophets who pleaded with Israel to return to the Lord and live faithfully:

Her officials within her
are roaring lions;
her judges are evening wolves
that leave nothing till the morning (Zeph 3:3)

The prophet Zephaniah wrote an entire book, where he recorded his own sermons against this kind of externalism. He paints a picture of moral corruption at the highest levels of society in the Southern Kingdom.

Her prophets are wanton,
faithless men;
her priests profane what is sacred,
they do violence to the law (Zeph 3:4)

Yahweh, however, is a stark contrast to their treachery:

The LORD within her is righteous,
he does no wrong;
every morning he shows forth his justice,
each dawn he does not fail;
but the unjust knows no shame (Zeph 3:5)

This message, and John the Baptist’s preaching, is an indictment against this kind of fake “faith.” John’s sermon (and Jesus’ own commands from the Sermon on the Mount) aren’t a manifesto for Christians to sally forth and provide food and shelter or the homeless. It’s a call for God’s true people to return to covenant faithfulness, which means doing what His word says, because we love Him.

“I have cut off nations;
their battlements are in ruins;
I have laid waste their streets
so that none walks in them;
their cities have been made desolate,
without a man, without an inhabitant.
I said, ‘Surely she will fear me,
she will accept correction;
she will not lose sight
of all that I have enjoined upon her.’
But all the more they were eager
to make all their deeds corrupt,” (Zech 3:6-7).

This is the true context of John’s message; a call for God’s people to “prepare the way of the Lord” and “make his paths straight” (Lk 3:4; cf. Isa 40:3) so they’ll be ready for Yahweh to lead them back from exile.

So, what should Christians do with John the Baptist’s message, today? How do we translate this to a modern context? Well, you have to remember the original context, and accurately translate it to a New Covenant context:

So far, so good – but what about right now?

Does this mean we shouldn’t feed the homeless, or help the poor? Heavens, no! It just means these passages don’t teach that. These social programs are good and fine, but they’re nothing more than vehicles for the Gospel. The Good News is all that matters, and we can deliver it in many, many ways. Social programs are one way, but they aren’t the only way.

[1] Make no mistake, the Sermon on the Mount issue is “complicated,” and it would take a great deal of time to address the topic well. I don’t have that time. My only goal here is to sound a note of caution about a default “social justice” interpretation of the ethical commands in John the Baptist’s preaching, and (by extension) Jesus’ own preaching.

2 thoughts on “Against a “Social Justice” Interpretation of the Gospels”